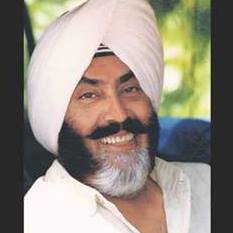 H.Kishie Singh is based in Chandigarh and has been a motoring correspondent for newspapers like The Statesman, New Delhi and The Tribune.His column ‘Good Motoring’, for The Tribune ran for over 27 years. He has been also been the contributing editor for magazines like Car & Bike, Auto Motor & Sport and Auto India. His latest book Good Motoring was published recently and has co-authored a book with The Dalai Lama, Ruskin Bond, Khuswant Singh and others, called The Whispering Deodars.

AN INDOOR SKI PARK IN HIMACHAL??? 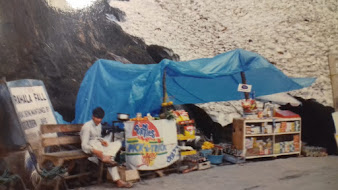 When Mother Nature was handing out its Bounty, the area that is Himachal Pradesh today was standing at the top of the queue to get Nature’s goodies.

What did it get? Rivers, lakes, meadows, high altitude deserts and mountains, mountains and more mountains! The most beautiful on the Planet and being in the mighty Himalaya they are amongst the highest peaks on the Earth.

Yet not a millimetre of world class ski slopes. That is the development that Himachal Tourism has made in half a century of its existence and non-functioning.

They have failed, miserably, to harness the exquisite beauty and inexhaustible natural resources of this magnificent State. The Government was busy garnering votes not attracting or promoting tourism. To harness and harvest Nature’s bounty is a simple matter and is free.

No one saw it. No one took advantage of it.

So the idea of an Indoor Ski-Park has to be one of the most hare-brain ideas since the invention of the square wheel!

Carrying coals to Newcastle describes foolishness to the enth degree, this beats it hands down! Imagine an Indoor Ski- Park at about 3,000 meters above sea level, nestling in the lap of lofty snow clad peaks, surrounded by stately deodars.

Fast rewind to the winter of 1951-52. It had started to snow in the Shimla Hills. My favourite winter-time sport, ice-skating, had been stalled.

A very close friend of my father, Panchi Sen had been posted as the head of The Grindlays Bank in Shimla. The two had been together at the Baliol College, Oxford. Both were keen sportsmen. My Father had played tennis and hockey for Baliol.

Panchi had just come back from Europe after a skiing holiday. He invited my Father to come skiing. My Father was the only one in the family who knew what skiing was!

When I found out we will have to go to Kufri, where the ski-slopes were, I was thrilled. There was only one way to get to Kufri, our Jeep! It meant I would get to drive the Jeep in 4- wheel drive through snow!

The ski slopes were the Potato Research Institute fields. Fields in Himachal are on narrow steps on the mountain side. A track had been evened out and wooden boards had been placed to make a slope. The overnight snow had covered the boards and that was the first ski-run in Kufri!

It was of little interest to me. My job was to wait at the bottom of the ski-run in the Jeep and ferry the skiers back to the top. There was no ski-lift. There were only three skiers. Panchi, his wife Pam and my Father.

It was not a very successful venture. The Potato Research Institute weren’t happy about their fields being dug up. There was no infrastructure. It was just fun and games for a select few.

Then a strange thing happened. Due to the concrete buildings that came up, the temperature in Kufri went up! As the snow- flakes came down, they melted about 20-30 meters above the slopes and came down in a soggy mess. No slope, no skiing! This effect is called a micro climate. No more skiing in Kufri!

It didn’t bother me one bit. My joy was ice-skating.

The Blessington Tennis Courts, below the Rivoli Cinema would be converted into Asia’s largest open air ice-skating rink. Please note, the operative word is, ‘Open Air’!

For the next two decades I was on the move, including a 2 year posting in Geneva, Switzerland. It is not possible to live in Switzerland and not absorb, through the simple process of osmosis, the finer points of skiing. The Swiss, as is their national character to strive for perfection have made skiing into a fine art. Davos, Klosters, Zermatt, St. Morits are the best known Swiss Ski Resorts in the world. Just across the border is Chamonix in France. All these resorts have hosted International winter sports sometime or the other. Nothing like that has happened in Himachal.

I had occasion to visit all these places in Switzerland in the summer and winter. Every town, actually they are still villages, it is a picture post-card in beauty, cleanliness and discipline. Words that Indians are allergic to!

After a couple of decades of globe-trotting I came back to India. As soon as I got news of a heavy snow fall in Narkanda, I drove up.

At dinner time, The Director Tourism held a briefing session. He welcomed everybody and said, “Sorry people, the lift has gone for repairs, you’ll have to walk to the top!”

That wasn’t a Herculean task. The ski-run was a couple of hundred meters long. Some strategically planted deodars provided the chicanes. By no stretch of the imagination could this be called a ski-slope.

Some years later, Manali came into prominence. Nothing to do with winter sports. A ski-slope had come up at Solang. Again, I rushed up to see this much needed sports activity in Himachal.

There were a few skiers, but no facilities to promote skiing. Actually, skiing was   dangerous on the ski-slopes. The local entrepreneurs had bought snow scooters. They were ferrying tourists for joy rides on the ski-slopes. Can you imagine a motorized vehicle on a ski-slope!

Each Swiss Resort has a five star rating with a Michelin awarded Chef in the kitchen. Himachal will have a chai-wala, sitting under a torn blue plastic sheet serving luke warm syrupy tea in a dented steel glass with a choice of bread-pakoras or instant noodles!

The total cost of this Indoor Ski-Park will be Rs. 250 crore. It will have a palatial Mall, a five star hotel, a food court, a shopping arcade. It will also have a parking facility for a 1,000 vehicles.

This is the description of an amusement park not a ski resort.

After Shimla and Manali, Kufri will be in line to be raped and ruined!

There are two other Bounties Himachal which has been ignored but have the potential of been major tourist attractions and money earners, without much investment.

River rafting. Himachal has two major rivers, the Satluj and the Beas. No river rafting!

Because of the mountains there is unlimited scope of hang gliding with near zero investment. All it needs is a launch site. Again this has been ignored.

Both the sports discipline, if promoted properly and wisely will bring in foreigners and have the potential to host international events.

Informatively, there are two Indoor Ski Parks in the world. Ski Egypt and Ski Dubai. Both are at sea level and in dessert areas. The Kufri Ski Park in the lap of the Himalaya would be unique. And quite unnecessary. 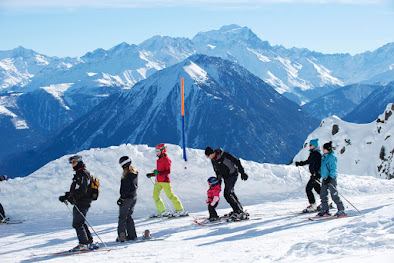 THIS IS SWITZERLAND... HIMACHAL HAS BIGGER AND BETTER MOUNTAINS